Giovanni has a co-starring role on the premiere episode of HBO’s newest program, ‘The Deuce’, starring James Franco and Maggie Gyllenhaal. 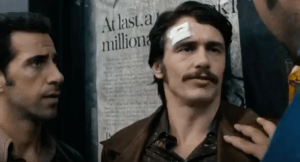 The official trailer has been released, which also features Giovanni.  You can watch the trailer NOW by clicking below:

I think this pretty much sums it up 👍. #Quote #

This guy is ready for 2022. Given what I've commit

I think @drseuss pretty much sums it up best here.

#Throwback to a fun on field experience at @loande

It was a pleasure visiting @lifetime_performance_p

Thank you to the @marlins for inviting me to batti

Thanks to @miznerfit for having me introduce @reac

“So you wanna be a wrestler?" as the expression

I was honored to be a guest on @philip_levi's podc

Back presenting live in person workshops! I will b